The homes of NFL players are nothing but extravagant, featuring everything from private docks and 500-gallon fish tanks to multiple fireplaces and walk-in wine cellars. In advance of Super Bowl 51, here’s a look back at the 10 of the most over-the-top homes bought, sold, and listed by NFL players in 2016. 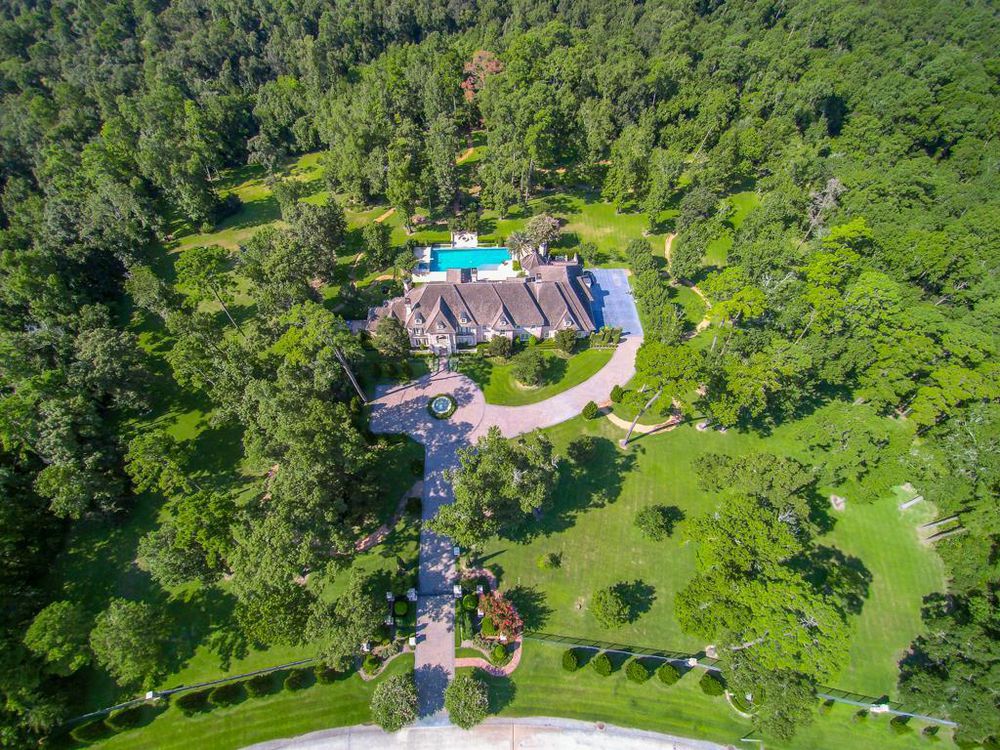 The Woodlands, Texas, listed at $6.7 million

Vikings running back Adrian Peterson first put his Texas estate on the market last July. With six bedrooms, 10 and a half bathrooms, a two-story library, walk-in wine cellar, pool, full bar with a game room attached, and two outdoor kitchens, this house screams luxurious extravagance. But perhaps its biggest selling point is the expansive lot which it sits on: a massive nine acres of land. 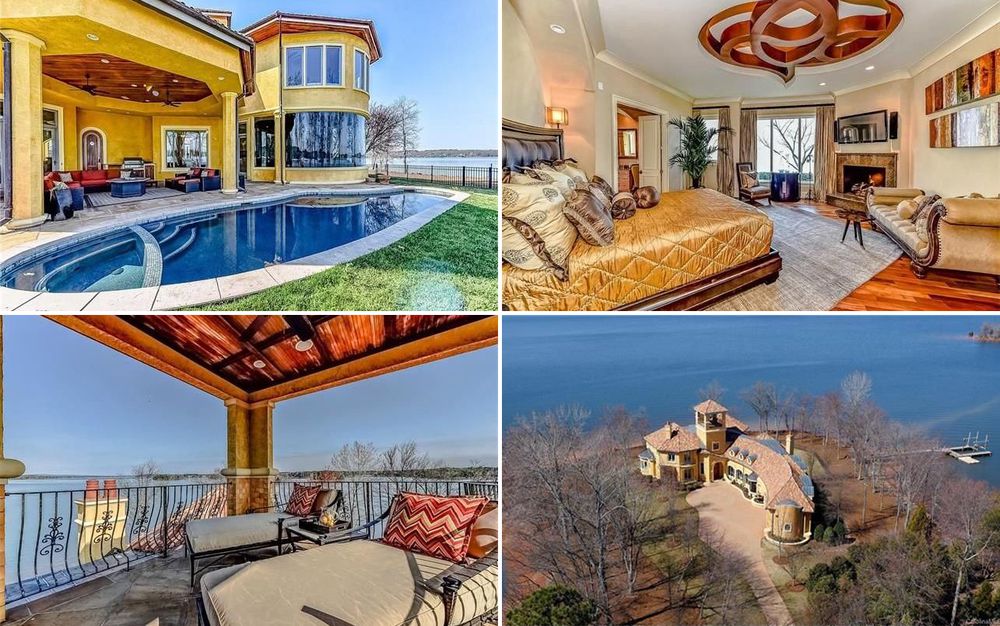 The home of Green Bay Packers outside linebacker Julius Peppers comes with a private boat dock. Via Realtor

Outside linebacker Julius Peppers is selling his 8,810 square-foot, five bedroom, and six and a half bathroom Spanish-style mansion for $3.4 million. This incredible house features 900 feet of shoreline, a private dock, and electric boat lift, plus floor-to-ceiling windows with views of Lake Norman in North Carolina. Although the home is the most expensive listing at The Point, the area where the house is located, the price has already been slashed three times since Peppers put it on the market in 2015. 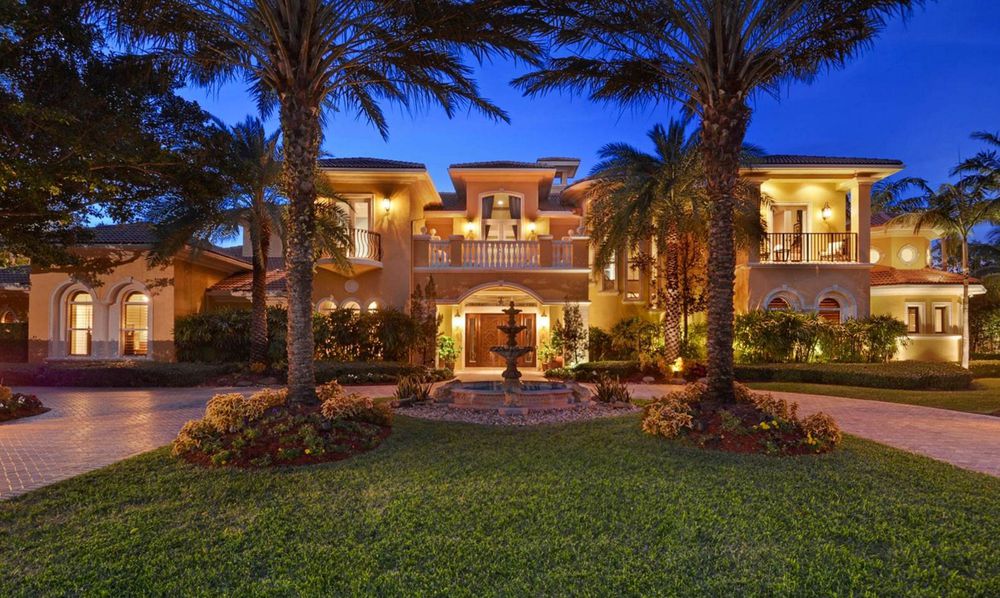 Retired Miami Dolphin Jason Taylor cut the price on his Florida mansion to $3.65 million in January. Via Realtor 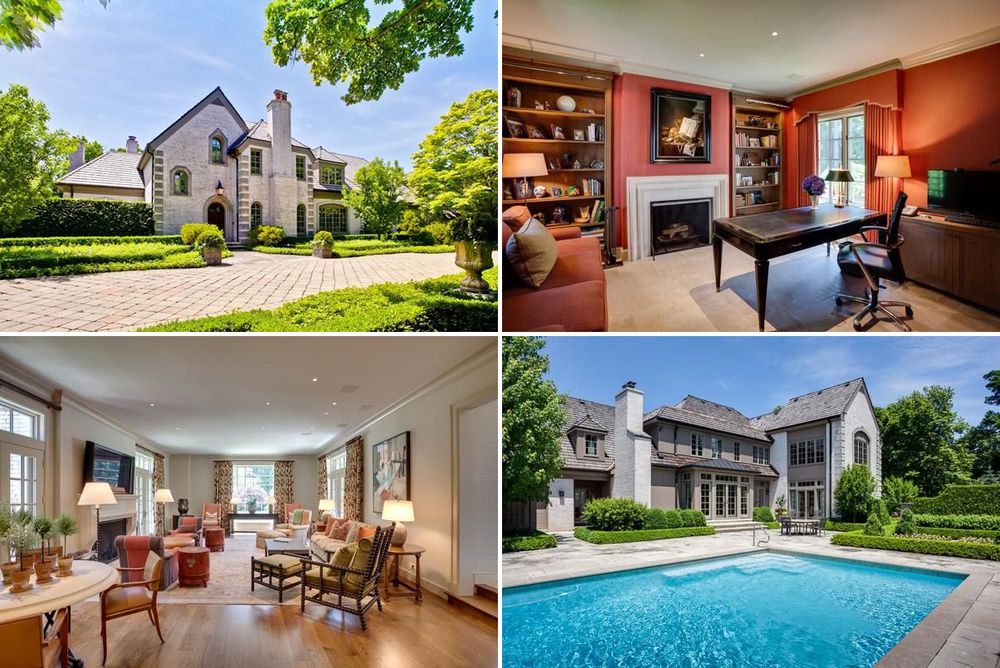 This beautiful five bedroom, Georgian-style home with a covetable location in East Lake Forest was snapped up by Chicago Bears right guard Kyle Long in December. Long managed to get a considerable discount; the original asking price was $3.4 million. Besides its proximity to Lake Michigan, the house features a theatre room, exercise room, pool, spa area, heated three-car garage, and a chef’s kitchen. 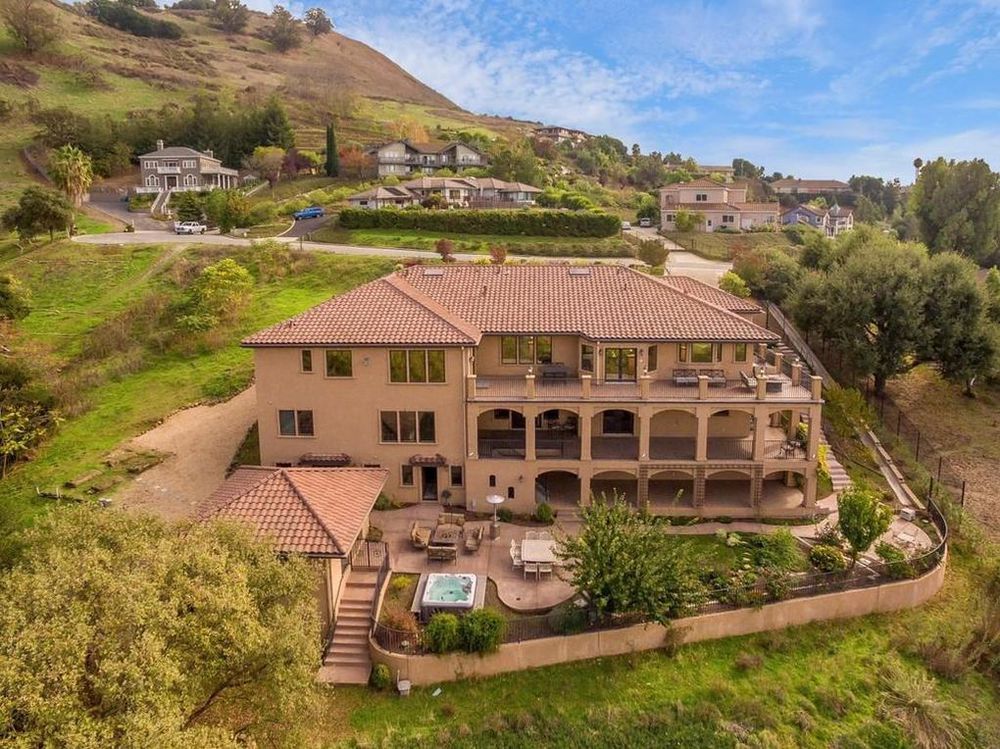 Davis bought this lavish mediterranean-style house in 2014 for $2.3 million and is now looking for a buyer to snap it up. Measuring 7,259 square feet with six bedrooms and five bathrooms, the house includes a wine cellar, a recreation room, five fireplaces, and a three-car garage. 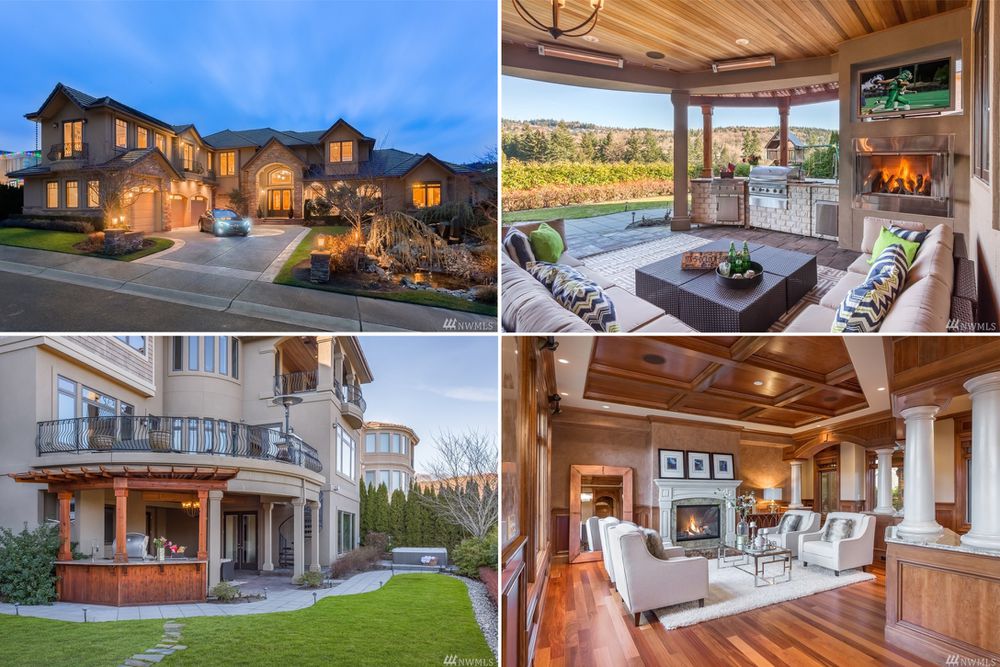 It former Seattle Seahawk Nate Burleson more than a year to sell this 8,871-square-foot mansion. Via Redfin

After being on the market for almost a year, former Seattle Seahawks wide receiver Nate Burleson’s home finally sold for $3.1 million last January. The 8,871-square-foot house originally listed for $2.95 million in May 2015. It has all of the luxury amenities expected: a home theatre, gym, and billiards room. 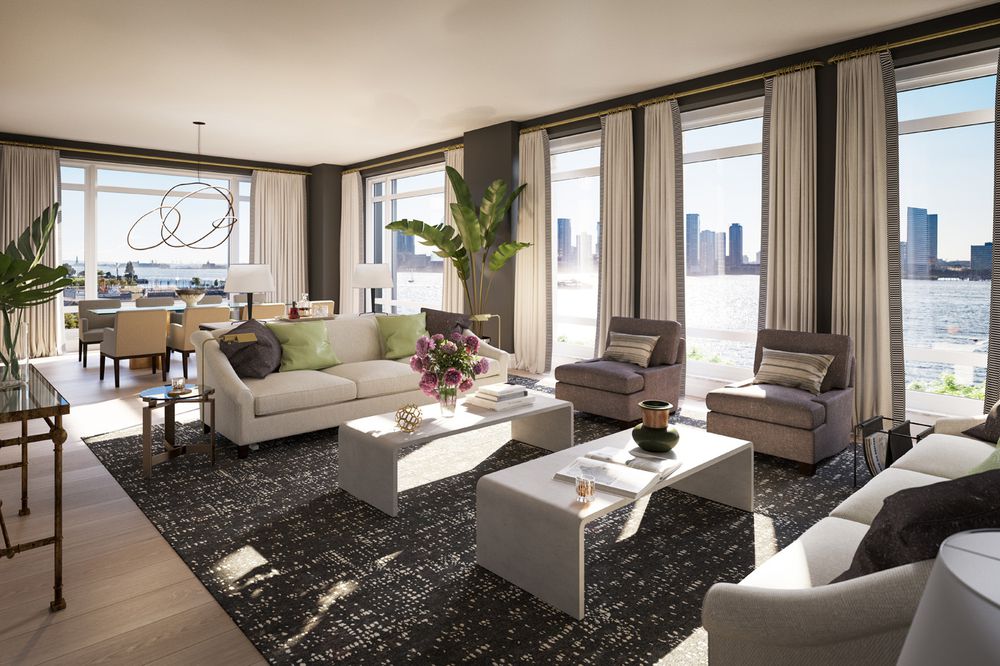 A rendering of a condo at 70 Vestry in Tribeca, where Tom Brady and his wife Gisele Bundchen are buying a $20 million unit. Via 70 Vestry

Quarterback Tom Brady and his supermodel wife Gisele Bundchen are reportedly buying a new luxury condo in New York. The couple is in contract for a $20 million 5,000 square-foot, five-bedroom home at 70 Vestry in Tribeca, which is designed by Robert A.M Stern.

The 14-story building features a covered porte-cochere entrance, designed for privacy against paparazzi (other celebrity residents like Taylor Swift, Bradley Cooper and Jennifer Lawrence have bought units, according to Page Six). Building amenities include a 82-foot lap pool, exercise studios, and saunas. The couple is supposedly in the process of selling their other Manhattan home, penthouse at One Madison. 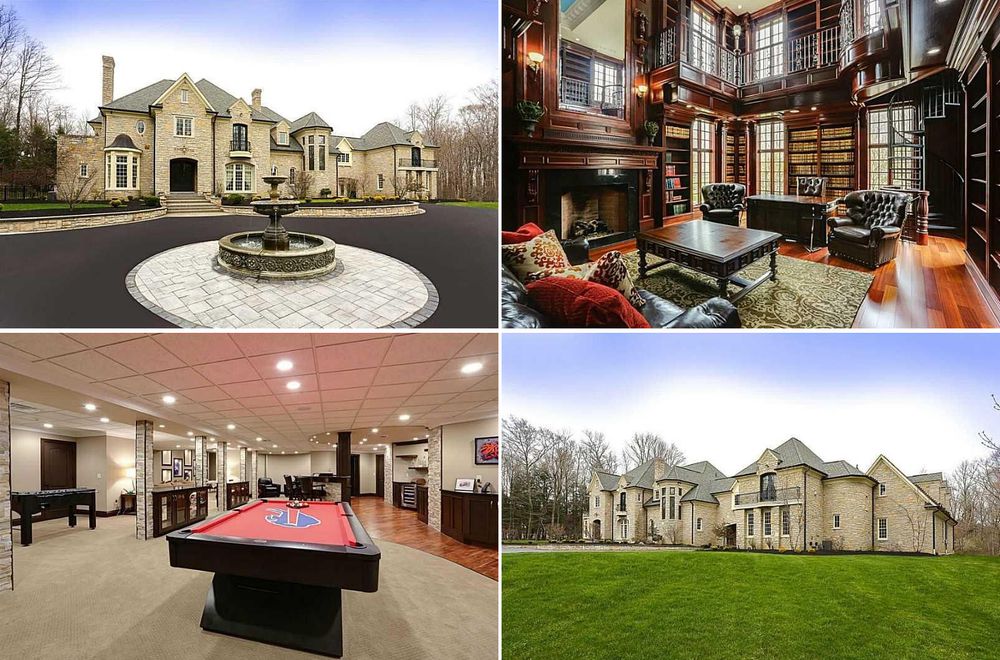 Mario Williams’s home in Aurora, New York, is listed for $3 million. Via Realtor

Defensive end Mario Williams listed his five-bedroom mansion following his move from the Buffalo Bills to the Miami Dolphins. The sprawling 13,189 square-foot house has quite the curb appeal with a circular driveway and fountain. Limestone, marble, custom millwork, and cherrywood materials are featured prominently. Just one look at the jaw-dropping, Gatsby-esque library says it all. 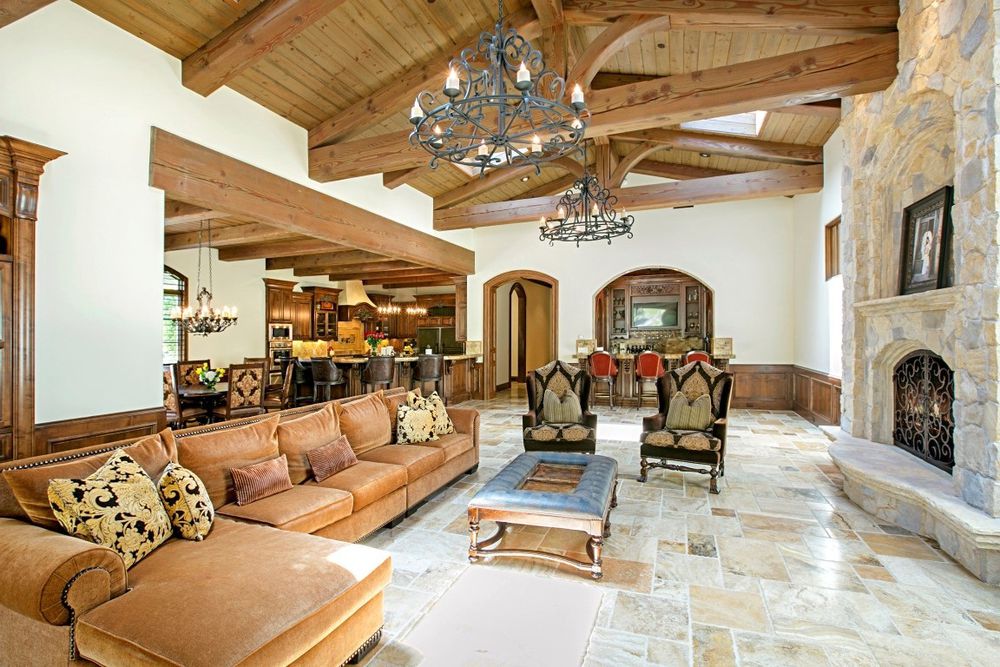 Retired quarterback Jeff Garcia is selling his home for $5.795 million. Via Redfin

After playing for 12 seasons for six different teams, quarterback Jeff Garcia retired in 2012 and is looking to sell his 11,000-square-foot mansion. Designed in the Italian Villa style, the six-bedroom house is located inside a guarded community in Fairbanks Ranch, and it has everything one needs: an elevator, library, guesthouse with a full kitchen, gym, fireplaces, wine cellar, media room, and an oversized gourmet kitchen. If that’s not enough, the community amenities include tennis courts, riding and jogging trails, basketball courts, and lakes with paddle boats. 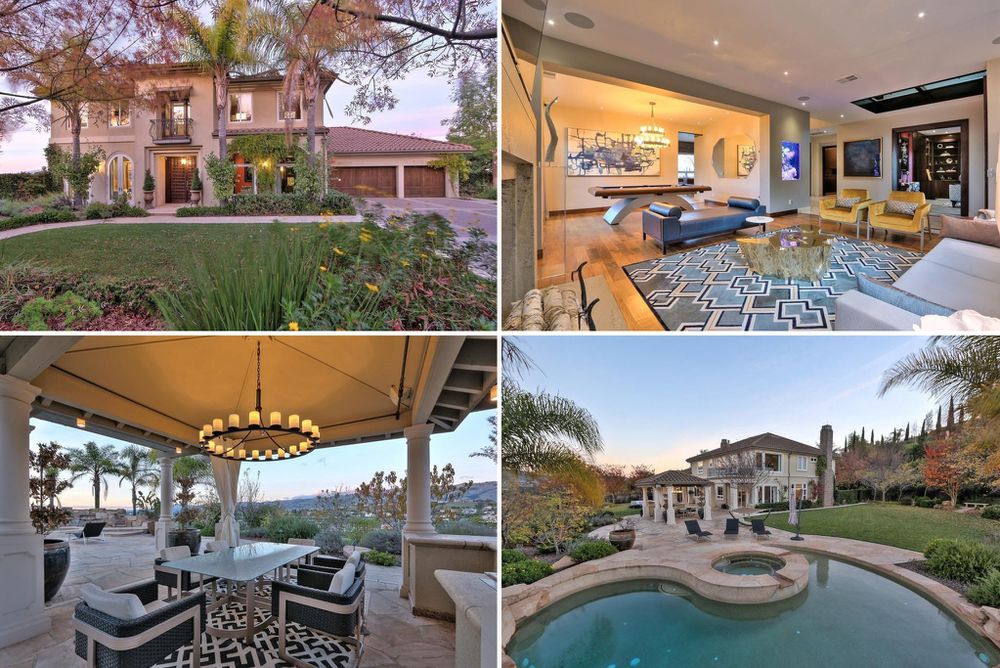 For $2.9 million, one can buy Colin Kapernick’s San Jose mansion. Via Realtor

San Francisco 49ers quarterback Colin Kaepernick is selling his San Jose mansion, located in the Silver Creek neighborhood. It sits on a secluded private lot, with four bedrooms and five and a half bathrooms. The open-concept house features 10-foot ceilings on the first level and a spacious backyard with a waterfall pool. It was also just remodeled for $300,000.